Ted Hayes is a civil rights activist and visionary that has been fighting on behalf of the disenfranchised for over three decades.

In 1985, Mr. Hayes voluntarily became homeless and led a group to take over a small vacant lot near Skid Row. Calling it “Justiceville,” for five months they created a safe, self-sustaining community that gave its members hope before it was shut down by the City of Los Angeles. Mr. Hayes and many others were arrested and jailed; Ted went on a 35-day fast in protest. Backed by the ACLU, Hayes eventually beat all the charges, setting important precedents as to how the homeless must be treated.

Mr. Hayes continued to purposefully remain homeless for 8 years, the only person in the U.S. ever to do so for that length of time. He felt, in order to find a solution to the problem, he must fully understand it from the inside. During this time he led numerous political actions to raise awareness of the issue.

In 1993, with a design from Buckminster Fuller’s grandson, Mr. Hayes founded Dome Village, a community of igloo-like structures located near what would become the Staples Center in DTLA. That same year, Ted ran as an official, balloted candidate for Mayor of LA. With only $3,000, in a field of 24 balloted candidates, he tied three others for ninth place.

Dome Village became a global model of temporary housing for those experiencing homeless, existing in the same spot for 13 years. In 2006, the rent went from $2,500 a month to $18,500, forcing them to shut down.

In February 1998 Ted Hayes delivered to the White House his proposal for the creation of a National Homeless Plan to eradicate homelessness. In October of 1998 the City Council of Los Angeles and in January of 1999 the County passed the Joint Statement and Action Plan, signed by LA County Attorney General Gil Garcetti, California Attorney General Bill Lockyer, LA Sheriff Lee Baca, and LA City Attorney James Hahn.

In 2001 he ran for the Los Angeles City Council seat of the 9th district, receiving 5.3% of the vote. In 2008, Hayes ran against incumbent Maxine Waters in California’s 35th congressional district. While he did lose the contest, he received more than ten times the votes per dollar of campaign expenditure as Waters did.

Mr. Hayes is a cricket enthusiast, organizing a youth-and-homeless cricket team, now called the Compton Cricket Club, that toured Ireland and England and inspired an opera.

A former minister and son of a Buffalo Soldier, Hayes has both love of God and Country in his blood. His unique background and positions on social issues make him controversial to liberals and conservatives, yet he is considered a maverick on both sides and seeks to unite, not divide.

His latest plan is called The New Frontier 2: Operation Humanity, whose aim is to tackle homelessness on a global scale. 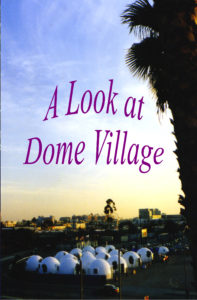 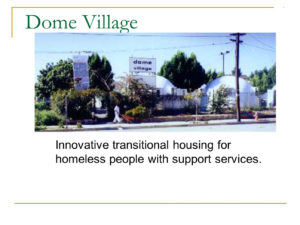